Living In Neon was conceived in 2000 as a way of utilising pop songs Ric and Jen had written that were unsuitable for their hitmaking project Cuban Boys. The name Spray had already existed previously for some pop demos from the 90s and although this album was tentatively earmarked for EMI – and partially recorded in their studios  – the Cuban Boys ended up leaving the label and Spray teamed up with Ninthwave in the US for this release in 2002

Children of a Laser God

Around the same time Living In Neon was released Ric scored a hit with Daz Sampson as Rikki & Daz, a version of Rhinestone Cowboy which featured Glen Campbell and in 2003 and 2004 other projects such as the novelty kids band Barndance Boys, remixes and production work kept both Ric and Jenny busy. A leftover project from the EMI years, a version of Lisa Lougheed’s Run With Us was dusted down and polished up in 2005 and became a monster US club hit and this led to Spray recording a second album, released in 2006. 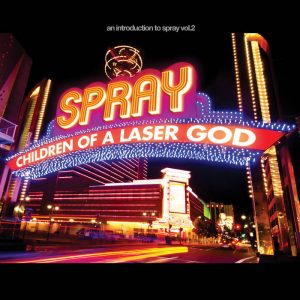 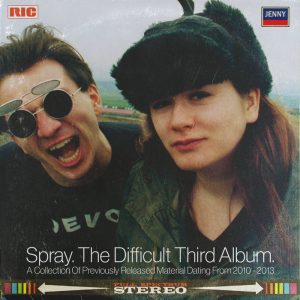 Again, the release of a Spray album coincided with external success as alongside Children Of A Laser God Ric and Daz Sampson took their song ‘Teenage Life’ to Eurovision. This again led to a burst of production work and assorted projects and once again Spray was put on the back burner. In 2010 though the popularity of iTunes and Bandcamp led to Ric and Jen moving to a digital plan – the album format was now dead so the idea was to release two EPs a year, in Spring and Autumn. They lost interest in this after a couple of years, but Everything’s Better With Muppets, Twitter Campaign and Spray Vs. Subtext were moderately popular and the EPs were compiled on this digital only release later. Sparks Called And They Want Their Ideas Back caught the attention of Sparks themselves, and Spray scored another viral hit. 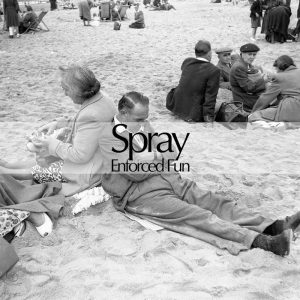 For a couple of years Ric had been playing live synths with legendary punk-pop band Helen Love and with Jen had been writing and producing with American songwriter Charlie Mason. In 2016 Spray was revived for a more traditional album format, which wasn’t as dead as they’d previously proclaimed. More collaborative than previous Spray works, Charlie co-wrote a few songs on the album and Spray were joined by previous associates Kid Kasio, Jane Badler and Hyperbubble, with their friends Phil Fletcher and DonQuibeats helping out on a few tracks. Released on cult dance label Banoffeesound it launched a new era of Spray.

Sixteen years after Living In Neon was released Spray made their live debut in Liverpool in June 2018, playing stuff from Enforced Fun, oldies, and a raucous version of the old Cuban Boys hit ‘Cognoscenti Vs Intelligentsia’. They hooked up with Analogue Trash during a mini-tour later in the year, and the indie collective released the new Spray album in the spring of 2019. Influenced by Spray’s new live approach the album was heavily gigged throughout the year and Anthologised By Cherry Red reached number 5 on the Festive 50. A remixed Chump For My Love followed in 2020 with a live-action video filmed on Crosby Beach near Liverpool in the final days before COVID-19. 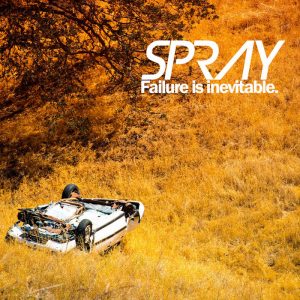 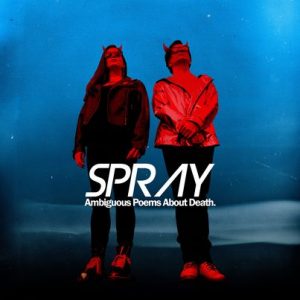 Packed full of acerbic wit with tongue firmly in cheek when needed for maximum effect, ‘Ambiguous Poems About Death’ will delight fans new and old from the first listen. This album contains singles; ‘Félicette (Space Cat)’ and ‘Hammered at the Airport’ The long-player will be released on November 26 digitally and on CD, the latter format featuring separate blue cover artwork). It can be pre-ordered at http://snd.click/poems.